Why do so many grant proposals get rejected?

Funding rates hover at about 20% across all federal agencies: the competition is fierce. For new faculty who are inexperienced, their chances of getting funded are more like 10-15%. This is due in part to PI inexperience with proposal writing and/or interpreting review comments and constructively utilizing feedback. However, to shelve the proposal without considering the reasons why it was rejected—and if there are subsequent opportunities to improve and resubmit it—is a mistake: the worst thing faculty can do is to never try again.

At many funding agencies (like the NSF), it takes somewhere between 2-3 submissions on average before a PI’s first award decision. So, it’s wise as a faculty member to think of the declined proposal as “declined for now” rather than “declined forever.” In this article, I offer a handful of tips that will help you a) interpret your reviews, b) use your critiques to understand the cause(s) for the declination, and c) make an evidence-based decision about whether and how to revise and resubmit.

Reviewing your declined proposal: What to look for?

The first question you should ask yourself is, what were your ratings? Can they be trusted?

Generally, two or more “good” and even one “fair” (or a “no score” at NIH) is a genuine death sentence. Even if other reviews were more positive (“Very Good”), I would be disinclined to resubmit any proposal with even one “fair” because these ratings often point to a major weakness or combination of weaknesses that led to the poor rating.  In these cases (such as E, VG, VG, F, G) the more positive reviewers may have a generally favorable disposition about the proposal, but have a hard time explaining why. This can occur when a reviewer is impressed by the institution of the PI, excellent writing or glossy proposal presentation, but remains unclear about the details of the research question or methods. Many middle-of-the-road positive reviews (Good-Very Good) are a result of this phenomenon. The clearer you are in conveying key ideas, the more accurate your reviews will be.

Two other cases of ratings of declined proposals include bi-modal reviews (e.g., E, VG, E, G, F, P) or outlier reviews: those that have all high scores except 1 fair or poor (E, VG, E, E, VG, P).  The reasons for this type of result are many. It is critical as a PI to accurately interpret the review comments. If there is a stark contrast among reviews with “bimodal” or “outlier” ratings, these are almost always “discussed” to ascertain what an “appropriate” rating should be. However, once even one review is negative (especially considering group dynamics), it is very hard to overcome the influence it has on other reviewers.

The good news is that program officers or the chairs of study sections are responsible for ensuring good review panel practices and flagging any unfair or ad hominem reviews. Program officers can also ask that these types of comments be tagged and not considered in the review decision. Due to these safeguards, the majority of proposal reviews are fair and can be trusted. This also means it is very difficult to prove that your proposal was declined unfairly. Therefore, it is best not to blame the reviewers and to take the criticism as a learning opportunity.

At the top end of the review spectrum, even all positive scores sometimes result in a declination. To illustrate the competitive nature of award decisions and the subtleties involved, consider that in 2009, the government issued a stimulus (known as AARA) and with it, NSF and other agencies “un-declined” many previously declined proposals and awarded them.  One would think that the quality, as measured by average score, would have declined.  It did not. The point here is that scores are one of many indicators derived from reviewer comments. It is critical to understand the context and meaning of scores and associated review comments in order for a PI to ascertain whether the declined proposal is revivable.

The second question you should ask yourself is, what were the weaknesses? It is unhelpful to look at the positive comments.  Focus instead, only on weaknesses.  You are seeking first to understand if there was a critical flaw in the fundamental premise of the proposal as written, or, was the rejection due to a collection of minor weaknesses?

All weaknesses typically fall into the following three categories:

First, you should ask yourself about the validity of the weaknesses. Were the reviewers right? This is usually an exercise in being honest with yourself and just answering: yes or no. If you truly feel that they were not, it’s best to get a second or third opinion and be prepared to address prior weaknesses when you do resubmit.

If you review the stated weaknesses and feel that the reviewers were right, then you need to test for criticality. In other words, did the identified weakness strike a fatal blow to Intellectual Merit (IM), novelty or hypothesis? If the flaw was in IM, this is equivalent to heart failure: it means your proposal is not viable and will stay that way until you can “go back to the drawing board” and hone in a novel question. If the stated weaknesses were in methods section, ask yourself a) if they can be corrected and b) where exactly (methods, personnel, management) they occurred.  Most non-critical weaknesses tend to occur in the methodology section. Can you tell if the reviewer disagreed with your techniques, your statistics or your analysis plan? Often, these critiques can be overcome by acknowledging reviewers’ perspectives and describing why your proposed method is the best choice given the alternatives.

Sometimes proposals suffer not from one large weakness, but from a collection of small ones:

Deciding whether to resubmit

After the analysis of the declination has become clear, you can then make a decision about whether you’d like to revise and resubmit. Remember to check for any resubmission limits of the funding agency.  Here are some things to consider for each decision point. 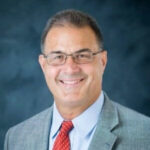