For this addition to our ongoing column on managing regulatory compliance in higher education, we've reached out to Bev Baligad, Director of Compliance at the University of Hawai'i - West O'ahu. When we asked Bev what Title IX coordinators and others on campus should be paying closer attention to this year, she pointed us to the overlap between multiple federal regulations, and argued that coordinators need to do more to "juggle smart" and manage these intersections.

In this interview, she offers practical steps for doing that.

Daniel Fusch. Bev, thank you for joining us for this conversation. Given the array of overlapping federal regulations dealing with student safety issues, what do you wish more institutions understood about the ways Clery Act, Title IX, VAWA, and DFSCA intersect? 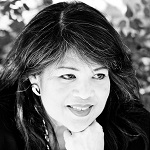 Bev Baligad. Aloha, Daniel! I believe many institutions are missing valuable opportunities in programming and training by only focusing on Title IX, VAWA or Clery separate and apart from each other. By understanding the big picture of the basic training and programming requirements for these federal laws, institutions can address several "birds" with one stone.  And many times, they can be addressed simultaneously.

Daniel Fusch. What parties need to be talking to each other on a college campus, to deal with these intersections?

Bev Baligad. Usually Title IX Coordinators, Communications/PR, Counseling, and Campus Security/Emergency Management are all individuals who have some responsibility with training and programming that could intersect between these areas. However, it's also important to reach out to faculty and staff from other areas (such as facilities, or research) who are otherwise less likely to become involved with a campus-wide awareness effort.

Daniel Fusch. There are probably a lot of ways to realize cost savings (as measured either in staff hours or dollars) for institutions that look at regulatory compliance comprehensively, rather than compartmentalizing their compliance policies and procedures. Bev, what are some concrete steps campuses can take to manage the complexity?

Bev Baligad. Institutions can take several steps to manage the complexity.  The first three steps I would highly suggest:

1. Get a base understanding of the intent of Title IX, VAWA/Campus SaVE/Clery, and DFSCA.
There are so many guides out there that break these down: the sheer volume of information available about these laws can be overwhelming and can add to the confusion. Often, institutions "can't see the forest for the trees." You can lessen that confusion by keeping focused on each law's intent and reason for being.

For example, Title IX is about sex/gender based equality; VAWA is more focused around victim's rights and support for victims. At their core, these two laws focus on different issues. While they may be connected in a variety of ways, understanding each law's domain is the critical first step in dealing effectively with those intersections.

2. Get a base understanding of all the programming and training required under Title IX, VAWA/Campus SaVE/Clery, and DFSCA.
For example, if Title IX is about prohibiting sex/gender based discrimination (encouraging equality), then naturally, in order for this to occur, an institution must let its community know about what that means, how to report discrimination, what the rights of both parties involved are, and what grievance process the institution will use. And programming under VAWA/Campus SaVE means communicating definitions of dating violence, domestic violence, stalking and sexual assault. Additionally, VAWA/Campus SaVE/Clery Act requires institutions to engage in primary prevention and awareness programs, discuss safe and/or positive bystander intervention options, provide information on risk reduction and recognizing abusive behavior, and foster ongoing awareness for the campus of all of these issues.

Finally, the DFSCA requires programming and awareness regarding the health risks associated with alcohol and other drugs (AODs), state legal sanctions, and information regarding the institution's processes for dealing appropriately with individuals who violate institutional policies regarding AODs.

When you understand the programming and training requirements for each of these related federal laws -- and when you look at those requirements side by side -- you can see the overlaps.

3. Identify overlapping areas—and understand that "programming and training" should be viewed in an institutional (not departmental) manner.
For example, because some of the incidents VAWA/Campus SaVE is concerned with may also be considered forms of prohibited sex/gender-based discrimination, VAWA/Campus SaVE and Title IX programming requirements overlap.

Rather than developing separate orientations (possibly managed by separate offices on campus), establish one event that includes definitions and information about dating violence, domestic violence, stalking, sexual assault, and other types of sexual misconduct (such as sexual harassment and sexual exploitation). That way, the institution can address both compliance requirements during one presentation.

This is just one example of building efficient programming within an institution that satisfies multiple federal training and programming requirements.

Daniel Fusch. Bev, clearly there's a lot of focus right now on specific applications of Title IX (especially around sexual harassment and sexual assault). Are there other items institutions need to pay more careful to? Applications of Title IX where there is less federal pressure at the moment, but that might receive significant attention in the future?

Bev Baligad. I've always believed that while the rights of victims of sexual assault are always important, there are other issues that institutions have either not addressed or not acknowledged, choosing instead to focus primarily on victim's rights. Those include:

Out of these, I believe the next big Title IX "waves" may center on the LGBTQ+ community and on the potentially disproportionate inattention to the constitutional rights of Respondents.

Daniel Fusch. What conversations do we need to be having now on campus, so that we're ready and not caught off guard by these next "tidal waves" of federal focus on Title IX?

Bev Baligad. I believe institutions have to begin having conversations about how to incorporate the LGBTQ+ community into their Title IX programming and events, and institutions need to discuss due process protections for Respondents (and what that will look like on their campus). Many campuses still have not included these issues on their list of "things to do and discuss," and they really should.

Daniel Fusch. Thanks, Bev! We look forward to discussing this with you further in our upcoming training for Title IX investigators.