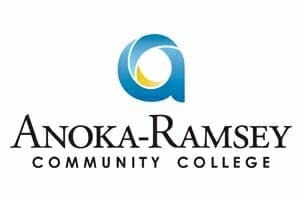 In 2015, Anoka-Ramsey Community College had a lot of reasons to invest in leadership development:

“Collaborative, inclusive decision making does not come naturally; it needs to be developed.”

"For me, the conference Designing a High-Impact Leadership Development Program is a must for anyone looking to build a talent bench. You learn so much. The event gave us all the nuts and bolts and walked us through the actual activities and exercises that we could use on our own campus. The AI conference equipped us with simulations and tools you can pick right out of the conference binder."

Nelson attended Designing a High-Impact Leadership Development Program in July 2015. By February 2016, Anoka was running the first two-day leadership development experience in its own in-house curriculum – a very quick turn-around!
Their new program:

Anoka’s first cohort consisted of 24 supervisors who, having gone through the program themselves, are now equipped to mentor their own staff as they work through the curriculum. This also demonstrates that leadership development isn’t just something that’s “for everyone else”; those in established roles take the classes, too.

Nelson plans to run the program once each year, and each cohort will consist of a mixture of staff and faculty to facilitate relationship-building across traditional silos and functional boundaries. Like the AI event it is modeled after, Anoka’s in-house leadership development program uses a collaborative teaching design, in which participants learn and then teach and coach each other.

Anoka’s first cohort is already applying what they have learned and seeing initial results. Concluding the first two-day event in February 2016, the 24 participants made a series of simple, measurable commitments; each defined one thing they were going to achieve. During the six-week follow-up, the cohort reported back on those commitments and the results they saw. Some departments, for example, had audited and updated their regular meetings, and this had a significant impact on improving everyday leadership, fostering more collaborative and inclusive decision making, and changing the culture of how departmental colleagues work together. “We could see tangible progress in just six weeks,” Nelson concludes.

Develop your own leaders