Improving Your Fundraising Health: A Preview of the Vital Signs Philanthropic Health Assessment

To assess physical health, medical professionals mind vital signs such as body temperature or pulse rate to help you course-correct and become healthier. Similarly, what if a fundraising operation could assess its philanthropic health through philanthropic vital signs to cultivate more giving from donors and prospects?

Join us online for this free webcast recording to get an overview of the four cornerstones of philanthropic health: appreciation, affiliation, agency, and accountability. You will learn more about Jim Langley’s Vital Signs Philanthropic Health Assessment offered through Academic Impressions and how you can use this for your own philanthropic check-up. You will leave the webcast with sample questions from the assessment that offer a preview of your shop’s overall health.

This webcast and the Vital Signs Philanthropic Health Assessment can be particularly helpful to institutions who are:

Register for this Free Recording

To sign up for this session, please submit your details and sign up for future updates from Academic Impressions. 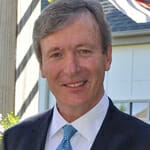 President and Founder of Langley Innovations

Before forming his own comprehensive advancement consulting firm, Jim served as vice president for advancement at Georgetown University. At Georgetown, he led the institution’s offices of alumni affairs, strategic communications and marketing, development, medical center development, and advancement services. During his tenure, he produced record numbers in new commitments and dollars. He also launched a number of innovative programs, including the acclaimed Student Discovery Initiative.

Jim arrived at Georgetown after spending eight years as the vice president for advancement at the University of California, San Diego. At UCSD, he led the planning and execution of the institution’s seven-year $1 billion campaign, then raised almost half the target amount in three years. Jim also previously served as vice president for external affairs at Georgia Institute of Technology, increasing annual gift income from $26 million to $76 million and more than tripling the institution’s endowment to well over $500 million. Operations under his management have won awards in virtually every area of university advancement.

Questions About the Event?