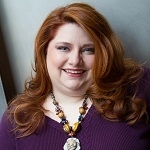 As fundraisers, we’ve just concluded a period of hustling to wrap up the fiscal year: working with donors, securing final gifts, and planning for the new fiscal year. Amid all the rush of this work, it can be easy to lose sight of something key:

Most donors give because they want to make a difference and effect change. They give generously, but they also give in their own timeframes. Most of our donors don't operate their households and thus their philanthropy on a fiscal year.

Why then, do we insist that they care inextricably about our fiscal year end?

Why are we constantly pushing them to give at times that meet our needs and not necessarily their own?

If we look at the data from this Blackbaud study and others, we know that the giving season is November and December. That is when most people make their gifts and think about planning their generosity. It's not that no one gives in April, May or June. I'm not saying that at all. But let's be truthful: the large majority of donors don't care about your fiscal year.

Here's a question I can pose to you about your fiscal year. Before you took your job in fundraising, did you care about the fiscal year? Answer honestly. I bet the answer is no, just like you didn't know what a designation, LYBUNT or joint credit was.

So why do we force our donors to think about a system that they may not recognize or care about?

Why do we recognize their giving based on a calendar they don't have?

As participation rates and unrestricted giving declines, maybe we're sending donors the wrong message. In order to be truly donor focused, let's solicit them based on when they gave their last gift, not on our arbitrary calendars. For example:

We know that the best predictor of future behavior is past behavior, therefore that should guide our strategy, no?

In order to value our donors, we sometimes have to devalue the things we place emphasis on that they might not obsess about in the same way. Challenge your thinking. Of course, if you do have a population that recognizes your fiscal year and sets their giving around it, then honor that as well. Also, understand that human behavior is consistently changing. What works for one population may not work for others.

Use this article to spur discussion in your circles about how to think like a donor, even if that discussion is uncomfortable.