Recently, AI's program manager Grace Spivak and our director of research and publications Daniel Fusch had the opportunity to interview Steve Kreidler, the vice president of administration and finance at Metropolitan State University of Denver, a public institution enrolling 20,000 undergraduate students. Several years ago, Metro State underwent a transformational strategic planning process and instituted an advisory budget task force that operates in an entirely new way.

To learn more, we invited Steve Kreidler to speak with us about:

Here are the key findings from our interview...

1. Bringing Transparency to the Budget

Grace Spivak, AI. Can you describe how the new budgeting task force builds trust through transparency? 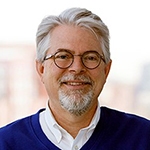 Steve Kreidler. Previously, Metro's budgeting process involved three people in a room (the president, the VP of administration, and the budget director). And this isn't unusual; it's common for universities have a small group huddle over the budget without gathering much input. What that leads to is the complete belief throughout the rest of the campus that deals are being made, some colleagues are getting preferential treatment, and that there is more money available than is being distributed.

Today, we have a budget task force that includes a representative from each of the formal constituent groups: the faculty senate, the student government, classified council, council of administrators, the deans, vice presidents, academic chairs, and athletics.

We also established a budget task force charter, with ground rules for our budget alignment process. This provides clarity about how decisions get made, about whether the task force is an advisory or decision-making body, and ground rules for how we proceed. For example, some of the ground rules specify that:

The President & I signed that document, made it an official charter for the group. As we onboard new members onto the task force, we share a copy with them, to ensure we all have the same rules of engagement.

It has taken three budget cycles for the word to sink in across campus that we really do look at everything: that we look at lead indicators on enrollment, the strategic priorities that each unit forwards to us, and we proceed through a rigorous process and consensus voting to arrive at the budget that we propose to the President. There are no hidden pots of money, and every department can see how the objectives they submitted were voted on.

Daniel Fusch, AI. Steve, tell us about that process--how you map the budget to the strategic priorities of each division within the institution.

Steve Kreidler. The prioritization process starts at the unit level and drives upward. We have incremental budgeting, so when we talk about prioritization, we're talking primarily about prioritizing the allocation of incremental new funds. Each unit has to map their suggested priorities to the institutional priorities specified in Metro's strategic plan. If they want to hire, they need to show how that supports objectives from the strategic plan. Think of a simple worksheet--a table--with the strategic planning priorities listed as the columns, and each department's ranked priorities listed as the rows.

Each unit sits down in teams and has to prioritize its initiatives 1-10. They can't mark four efforts as top priority; they have to rank the items they want to see budgeted. Then all the units within one branch of the institution (for example, all units in development) come together and rank the top items for their branch. They have to think through carefully what is most likely to get funded:

We do leave room for investments in infrastructure, operations, library costs—operational investments that aren't explicitly covered in the strategic plan.

Then the four branches bring their prioritized lists to the task force. We are a lean university with only four branches (the President's office and his direct reports, administration, the provost (including academic affairs, student affairs, and IT), and development. The budget task force receives a list from each of those four branches, and each has to present a solid case for why we should add incremental new funds behind their requests. The task force has to review, vote, and then make final recommendations to the President.

With this process, it's difficult for anyone to say that anything nefarious has occurred. You can see where the priorities came from and that there wasn't any backroom dealing along the way. This process isn't for the faint of heart; it's exhausting. But it has built trust.

Let me give you an example. Two years ago, the faculty had a legitimate need for raises, but when the classified staff brought their needs to the table, after a few weeks of review, the faculty became the strongest proponents that we fund the needs of the classified staff, because they could see the data, they could see the case made for it, and they concluded that their own needs were outweighed that year. With this transparency, we are building a culture that is invested in what's best for the university and its students, not in the individual interests of each unit.

Daniel Fusch, AI. Suppose the president or the provost has a pet project. Does this budget process buffer against that situation?

Steve Kreidler. Definitely. No one gets preferential treatment. If the provost has a pet project, she has to work with her unit to see if it lands in their list of priorities. And for this process to work, a trusting relationship between the president and the CFO is critical. The president has accepted the recommendations from the budget task force three years in a row without change, because the president doesn't just see these recommendations at the end of the process. He sees the process from its outset through to its end, and like all other constituents, he has the opportunity to provide input early.

That said, Trustee and Presidential priorities are always weighed heavily. They help set annual or near-term priorities from among the many goals within the comprehensive strategic plan, and that adds significant clarity to the task force.

Grace Spivak, AI. Steve, how are you budgeting for new ideas, especially in an incremental budgeting process? We've spoken with a number of institutions that are trying to set aside dedicated funds for startup initiatives and for piloting new innovations that may benefit the institution but require some capital up front. How does Metro do it?

Steve Kreidler. That is where we are allocating carry-forward funds from the prior fiscal year. Out of a $200 million/year budget, you may not spend every dollar, or you may realize some salary savings when a position takes a few extra weeks to fill. We take a look at how many carry-forward dollars are available and we use those for special capital needs, one-time startup costs, and projects we need to "beta test." These projects are submitted to us through the same budget alignment process, and the task force reviews whether these innovations support strategic plan objectives and whether they are worthy of these funds.

What we also needed to do was audit the "soft projects" on campus. On all campuses, people are more innovative and creative than they are given credit for. People are developing new projects and ideas all the time, sometimes for years before they are ready to ask for funds. In fact, people may spend soft money (tens of thousands of work hours) on unofficial projects. I wanted to ask: Why are we spending so much time working on these initiatives without determining whether we want to fund them?

So we asked our people to make a case for their projects, and we spent a day presenting them to the board of trustees. Using the same criteria as the budget task force (does it advance the strategic plan?), the board prioritized 16 they wanted our staff to continue spending time on--about 2/3 of the projects were found to be aligned with our strategic plan. The board's directive was to continue investigating those projects to see what they would entail and then build a business case to determine if the university could resource them.

That day with that board established a template for a recurring process that moves unofficial projects that may be worthy of institutional investment closer to reality, and gave us the opportunity to redirect attention and time toward efforts supportive of the institution's strategic priorities.

Daniel Fusch, AI. Thank you, Steve. We really appreciate this conversation. I am excited to see what Metro achieves in the next few years!

...then contact Grace Spivak at Academic Impressions. We would love to talk with you!