The New York Times recently reported that Betsy DeVos is preparing "new rules" on Title IX policy that would bolster the rights of students accused of assault, reduce liability for institutions, and encourage schools to provide more support for survivors. Two Title IX experts discuss: At this point, what do we know, what don't we know, and what should we be doing?

Rabia Khan Harvey. Bev, thanks for joining me for this conversation! Of course we're all thinking a lot about the recent article in The New York Times about the coming changes to Title IX policy. Some of the points highlighted here could drastically impact the way institutions conduct Title IX investigations. I wanted to ask you: What was your own first reaction when you heard of the proposed new Title IX rule?

Bev Baligad. When I learned of the NY Times article which suggested that new proposed rules where forthcoming, several questions went through my mind: 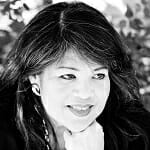 To tell you truth, I’m not surprised. I believe there are many people out there that aren’t surprised that there may be changes made to the regs in the future. Even before DeVos became the Secretary of Education, we saw some indications that the pendulum had swung too far in favor of victims, and it was just a matter of time before it swung back towards respondents. I just hope it doesn’t swing too far again.

On January 7th, 2016, Senator James Lankford, Chairman of the Subcommittee on Regulatory Affairs and Federal Management, wrote a letter to John B. King Jr., Acting Secretary of the U.S. Department of Education in which he voiced concern over the publication of the OCR’s DCLs on harassment and bullying (October 23, 2010) and sexual assault (April 4, 2011), in which he indicated that the scope of the regs had been exceeded. He wrote:

“In addition to expanding the scope of Title IX to infringe on constitutionally-protected behaviors and practices, I am concerned that the Dear Colleague letters improperly bind regulated parties. To alleviate these concerns, my colleagues and I have repeatedly asked Department officials to explain the legal obligations posed by the OCR’s guidance: at a HELP committee hearing, Assistant Secretary for Civil Rights Catherine Lhamon testified that ‘we do’ expect institutions to to comply with Title IX guidance documents, while at two subsequent hearings, Department officials denied that the guidance bound regulated parties.  Yet, there is overwhelming consensus in the academic and legal communities that OCR treats the policies outlined in the Dear Colleague letters as legally binding-- specifically through threats of investigation and rescission of federal funding.”

At the end of the day, I really am hoping for some balance, equity, and reasonable expectations by the OCR.

Rabia Khan Harvey. Thanks, Bev. Looking forward, what is the biggest question you have?

Bev Baligad. How far did the pendulum swing this time? Was it a little? Or was it a lot? Maybe just enough?

Rabia Khan Harvey. Bev, how is this likely to affect how campuses conduct their Title IX investigations?

Bev Baligad. Depends. I don’t think only investigations will be affected. I think other Title IX processes may be affected as well.

Many institutions jumped to implement a lot of the items contained not only in the DCLs listed above, but in the 2014 Q&A as well. So, if an institution has made changes based solely on the DCLs, that institution may have to make more significant changes than the institutions who only used the law, federal regs, and/or case law to guide their campus in defining their institutional Title IX processes.

Rabia Khan Harvey. With that in mind, what conversations or actions should Title IX investigators and their colleagues be taking right now?

Bev Baligad. I think institutions should wait and see. If this is a proposed rule, it will have to go through NPR. That would give institutions some time to see how public comment shakes out and the direction the regs may be heading.

Rabia Khan Harvey. What's the one thing we can be sure won't change?

Bev Baligad. Regardless of any future changes to the federal regs, the one thing that won’t change is the law: Title IX prohibits discrimination based on sex in institutions receiving federal funding.

Rabia Khan Harvey. What else would you like to add, Bev?

Bev Baligad. As Title IX Coordinators, we are expected to make sure there is a grievance process available to reporters; but we also need to make sure that the process is fair and equitable.  That means we tend to the health and safety issues of reporters (when appropriate facts are presented) while we balance the due process rights of the respondents. It is a delicate balancing act.

Hopefully, Title IX teams will remember we are neither advocates nor defense attorneys.  We are administrators tasked with making our educational environments safe and positive for our students, employees and our community in general by addressing sexual harassment or sexual violence issues appropriately.

Rabia Khan Harvey. Thanks, Bev! I look forward to talking with you more in December.

Continue the Conversation with Rabia and Bev

You can read more from Rabia and Bev here:

And, this December, join us for two unique workshops designed by Rabia Khan Harvey and Academic Impressions and facilitated by Bev Baligad and Jessica Landis:

Or bring Bev Baligad to your campus and host a Foundations of Title IX Investigations workshop and certification on your own campus.